Our new recruitment from the Czech Republic is very active before joining Næstved Table Tennis (only in english).

Last season Michal was a beast from early december to the end of the season and in the process, he won all games in the quarterfinals, semifinals and finales for HB Ostrov, and that included victories against top players like David Reitspies and Antonin Gavlas. I have watched a lot of his games, and he is an incredible athlete with quick feet, and he stays close to the table and attacks all rallies with pace but also with very intelligent placements.

Our Director of Sport Jeppe Spottog went to Prag this week, and of course also to meet up with Tomas Koldas and Radim Bako, but it was nice for Næstved Table Tennis to finally meet up with the argueably strongest player in our team next season.

Michal, or “Obe”, as they call him in HB Ostov, has played two of the prestigious TTStar tournaments in Prag the last week. The first one didn’t go down to well, as he was only fourth out of 8 participants, where Antonin Gavlas was the victor, but it was much closer a few days ago when he was second behind Shouman from Egypt.

“Obe” is not unfamilliar with our players, as he has played with Andreas Törnkvist and Simon Arvidsson in Rekord Helsingborg in the best swedish league many years ago, and I am sure he has some knowledge of Cristian Chirita (21 years old romanian nationalplayer), Magnus Månsson (legend in Næstved and Sweden and former Pro A champion in France), Khaled Assar (former african champion in mens single and current african champion in the teams event), and the young talented stars Anton Andersson and Patrick Skarsholm.

“Obe’s” next tournament is the WTT Feeder Olomuch where the top seeded player is Gardos. Link to the tournament: ITTF 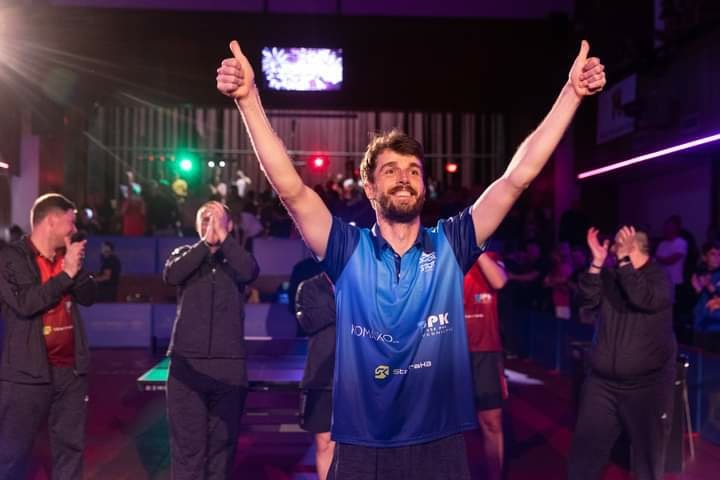